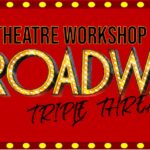 The Cody area maybe considered “rural”, but our arts and culture are far from it! Rocky Mountain Dance Theatre in Cody, Wyoming is offering an exciting new Musical Theatre Workshop for performers ages 11 through adult. With a wide variety of active musical theatre groups and performances in the area, the workshop hopes to excite […] 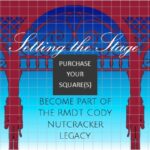 Rocky Mountain Dance Theatre’s 22nd Annual Nutcracker Production has now come and gone but the excitement continues. December 2019’s performances revealed the beginning stages of a new look and feel.  Designed by Casey Kearns, the Nutcracker stage was reinvented through new backdrops and scenery.  This will be an ongoing project over the next few years, […] 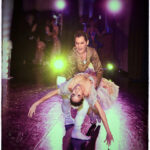 Local non-profit, Rocky Mountain Dance Theatre is proud to announce two new guest artists performing the roles of the Cavalier and the Sugar Plum Fairy for this year’s 22nd Annual Nutcracker Ballet. Randy Pacheco and Sasha Vincett are both soloists for Ballet Arizona in Phoenix, Arizona. Pacheco is from Camagűey, Cuba and has been dancing […] 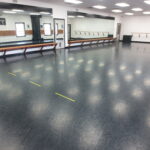 It may be hard to believe, but Rocky Mountain School of the Arts in small town Cody, Wyoming is a State-of-the-Art Facility. The school is comprised of 3 separate dance studios, a specialized dancers stretching area, observation windows & video streaming of dance classes, foot showers, changing rooms, one music room with 2 pianos (one […] 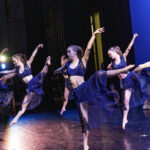 Frequently, I am asked to explain the difference between Modern dance and Contemporary dance. One of my dance professors in college, Dr. Sandra Cerny Minton, wrote several books in regards to Modern dance. In her book, Modern Dance, Body & Mind, she states “The philosophy behind modern dance allows considerable freedom to the dancer.” Modern […]

Rocky Mountain School of the Arts in Cody, Wyoming is still accepting enrollments for their 2019-2020 dance and music classes. RMSA is a state of the art facility for the school of the arts located at 2613 Sheridan Ave. RMSA’s two main dance instructors & one music instructor are highly trained and experienced in their […] 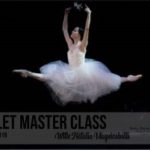 June is almost here and so is Rocky Mountain School of the Arts Intermediate and Advanced Dance Intensives that include a week of special Ballet Master Classes taught by Principal Dancer Natalia Magnicaballi in Cody, Wyoming from June 3-7, 2019. Magnicaballi was in Cody just a few months ago as the guest dancer who performed […]

Rocky Mountain School Of The Arts in collaboration with public charity 501-c3 Rocky Mountain Dance Theatre is gearing up for this years final performances for all our 2018-2019 dancers. It is a huge undertaking to put on not one but THREE different productions but it is a labor of love. Executive Director, Elizabeth Fernandez and […] 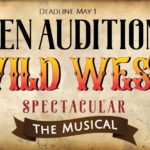 Come spend the summer in the great “wild’s” of Wyoming! Rocky Mountain Dance Theatre’s Wild West Spectacular the Musical is having open auditions from April 1-May 1, 2019. Cody, Wyoming may be a small town but it has tons of history, charm, and is all about the Wild West. Famous “Buffalo Bill” Cody, who RMDT’s […]