Welcome to the town named after William F. Cody, better known as “Buffalo Bill”. As you will come to learn while visiting Cody, “Buffalo Bill” is famous for a lot of things, but he is most well-known for his world-renowned traveling show, “Buffalo Bill’s Wild West Show”.  His show traveled all over the world and today his legacy lives on through museum exhibits, reenactments, and even a live Disney show in Paris. Cody was a performer at heart so what better way to tell his amazing life story than through an entertaining, original full-length musical, performed in the very town he helped establish.

Wild West Spectacular, The Musical is not only historical but hysterical. Audience members will see history come to life with added humor as Annie Oakley, “Wild” Bill Hickok, Frank Butler, and other colorful characters of the west join Buffalo Bill’s dream to become the world’s greatest showman.  From start to finish; the acting, singing, and dancing in this fun, unexpected, action-packed production has audiences returning every year.

Tickets are available in advance at www.codywildwestshow.com, at the box office/Sweets Soda Pop Bar, Cody Trolley, or at the door if available. 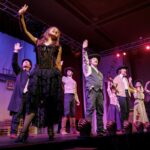 Most people traveling through Wyoming are looking for the real western deal. Visitors want to go back in time to where the west was still wild; to experience exciting history firsthand, and to be amazed in some way. William F. Cody, historical figure and showman, is iconic for bringing the Wild West to audiences all […] 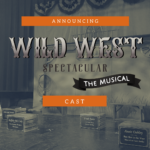 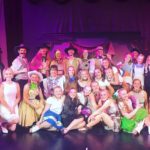 A lot has changed since the show’s beginning in the summer of 2016 proving there is no business like show business. 2018’s show was set to razzle dazzle the crowds with an expanded script, additional characters, and the most visible improvement, more complex lighting and scenery. Opening night on June 27th went out with a […]

Online tickets for this summers 3rd Annual RMDT Wild West Spectacular are now on sale! Hold on to your horses because this years show will also include… singing! It is guaranteed to be a hoot n’ holler of a time for young and old alike, visitors and locals; so spread the word. “Season” Passes for pass holders are again […]